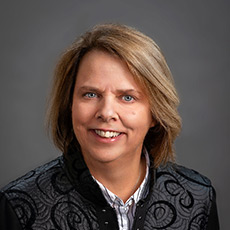 Ginette Gagné joined Bausch Health, Canada as the Vice President of Finance in 2013. This role includes management of Canadian and International affairs based in Canada, as well as responsibility for the Information Systems and Customer Service Canada. Bausch Health, Canada is composed of over 1,000 employees – the company has established a strong presence with its prescription health products as well as over the counter (OTC) products.

Ginette was born in Montreal but grew up in Sayabec, a village in the Matapedia Valley of Quebec. She moved back to Montreal to finish her studies and take on a career in finance, which quickly led to her living abroad for over 18 years as part of international mandates. Ginette has been responsible for the finance and information systems role on an international level, including merger and acquisition activities, primarily in the USA, Asia, Latin America, Europe and Middle East/Africa.

Since beginning her career in the technology industry, Ginette has spent most of the last 20 years working in the health, medical device, and more recently, the pharmaceutical industry. Ginette is proud to have successfully managed “many restructuring activities, integrations, decentralizations of major corporations and installations of systems, mainly at an international level”. She also held a position on the board of directors of a health services and medical imaging start-up in Montreal.

Ginette Gagné holds a Bachelor’s degree in Management Accounting, a graduate diploma in Accounting, and a Master of Business Administration degree from the University of Quebec in Montreal. 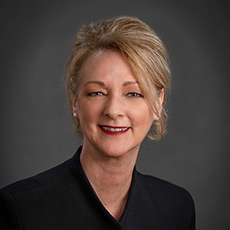 Brigitte Carrière serves as Vice President of Human Resources, Canada. She manages a talented HR team across Canada, covering all Manufacturing and Commercial business units. Brigitte is a member of the Canadian Executive Management team and the Human Resources International team.

Brigitte has a strong background in mergers and acquisitions involving complex, multi-site business models, in strategic thinking and internal communication. She excels at working in transformational environments, and in local and international diverse team settings that contribute to the organization’s overall success and stimulating employee experience.

Throughout her career, she has developed expertise in many sectors of the food industry and the pharma & health care industry, including manufacturing, quality, supply chain and distribution; sales and marketing in the Rx model; medical devices and aesthetics; dermatology; eye health, and consumer products (OTC). For more than 30 years, Brigitte has played a leadership role with United Way.

Outside the office, Brigitte is involved in various HR committees, including high visibility collaborations with the Chartered Professionals in Human Resources (CPHR). In recent years, she has been active in the academic world at the graduate level as a lecturer at McGill University and as a guest lecturer at HEC Montréal. She was an employer representative for nine years at the Labour Market Partners Commission with Emploi-Québec.

She has won several awards during her career and was a finalist for the Prix Relève d’excellence HEC Montréal, recognition of outstanding career achievements of graduates under the age of 35.

Brigitte holds a Bachelor of Business Administration degree from HEC Montréal, an Executive MBA degree from the University of Sherbrooke, and a Chartered Professional in Human Resources (CPHR) designation. 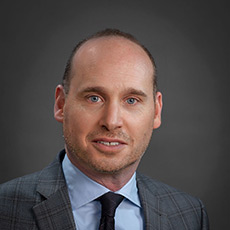 Daniel Yelin is Assistant General Counsel, Head of Legal, with responsibility for all of Bausch Health’s legal affairs across Canada. Daniel took on this role in March 2019, after 7 years as Senior Director, Business & Legal Affairs. He also participates in the company’s Canadian and International mergers and acquisitions and business development activities.

Prior to joining Bausch Health, Daniel practiced law in the business law groups of Osler, Hoskin and Harcourt, LLP (2007-2012), and before that, at Fasken Martineau DuMoulin, LLP (2000 -2007). His practice has focused on mergers and acquisitions, corporate finance and securities law. In his previous roles, Daniel was involved in numerous high-level acquisitions and financings, on behalf of many international companies and organizations.

Daniel also participates as a speaker or panelist at numerous conferences on various legal topics. He is a former board member of the Association of Corporate Counsel (Quebec). 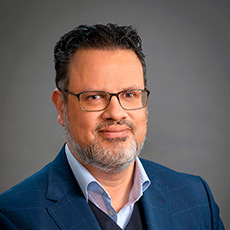 Before joining Bausch Health, Maxime was with Bristol Myers Squibb, as Medical Director (2008 – 2013) and Manager & Associate Director of Stakeholders Relations & Market Access at (2005–2008).

Maxime describes himself as “polyvalent, highly adaptable, armed with a keen sense of strategic thinking, and action oriented”. His current and past endeavours have allowed him to collaborate and negotiate with both internal and external customers from diverse cultures. His academic background, along with his professional experiences and accomplishments, drive Maxime’s diverse and deep knowledge of pharmaceutical products and Medical Devices, as he facilitates their advancement from their clinical development to their commercialization.

Maxime is a Doctor of Medicine, and holds a Doctor of Philosophy degree and an Executive Master of Business Administration degree.

Maxime says he is “proud to have a role in bringing high quality products that help improve patients’ lives to the public”. 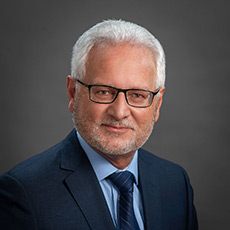 Michael Pelini has been Vice President of Global Manufacturing and Supply Chain for Canada since joining Bausch Health in 2014.

His professional experience includes acting as Vice President of Operations and General Manager for Halo Pharmaceuticals Canada Inc. from 2012 to December 2013. In that role, he was responsible for all facets of Operations and accountable for the Profit and Loss of the site, managing a staff of 300 unionized and non-unionized employees.

Prior to that, Michael was Vice President of Operations for Ratiopharm (Teva), Mirabel, Qc, Canada from 2009 to 2012. In that role, he was responsible for Production, Engineering, Quality Operations and Technical Services, and accountable for the manufacturing of pharmaceutical solid/semi-solids and non-solid products. He managed a total staff of 300 unionized and non-unionized employees.

Michael was with Merck Frosst Canada & Co. in Kirkland, QC from 1977 to 2008, in numerous roles of increasing responsibility. Between 2006 and 2008, he held the position of Executive Director, Lean Six Sigma, the Americas. He was responsible for implementation and sustainability of Lean Six Sigma (Operational Excellence/Continuous Improvement) activities at 7 sites in the Americas located in the United States, Puerto Rico, Mexico, Costa Rica and Brazil.

As Vice President of Operations (1997 – 2006), Michael was responsible for Production, Materials Management, Engineering, Industrial Hygiene & Safety, Quality Operations and Technical Services. He was accountable for the manufacturing and distribution of products to customers, and managed a staff of 400 employees.

As Director of Quality Operations (1995 – 1997), Michael managed activities associated with the physical, chemical and microbiological testing of raw materials, finished products and packaging components, Quality assurance, and Validation. He was also responsible for product release to the market, and managed a group of 47 employees.

As Director of Technical Operations (1993 – 1995), Michael was accountable for technical matters related to process improvement and product launches, liaising with local Research & Development and Engineering technology at the Corporate level.

As Plant Director for Neopharmed (a subsidiary of Merck & Co. Inc. Milano, Italy) (1990 – 1993), Michael managed activities related to production of antibiotics for the European market.

Prior to that, Michael worked for Merck Frosst Canada & Co, Kirkland, QC, in a variety of managerial and Director Positions. He began his career employed as a Lab Technician (1977 – 1980).

Michael feels proud of “the values of the company and what we stand for – improving the lives of our patients”. 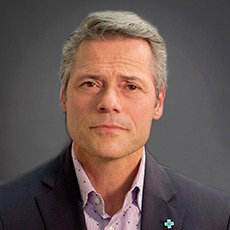 Lorenzo Santini is in an international role with Bausch Health, working as the Head of Commercial Operations for Western Europe, Poland and Canada for the Surgical business unit.

Lorenzo joined Bausch Health in 2015 in the role of Vice President and General Manager for Bausch and Lomb Canada, in charge of Vision Care and Surgical.

Over the years Lorenzo has worked in diverse industries and has held several leadership roles including Vice President of Finance and Director of Finance and Operations.

Lorenzo has a proven track record of building highly effective teams that reliably deliver predictable and above-market performance. Prior to joining Bausch Health, Lorenzo served 13 years with Abbott Medical Optics in a number of leadership roles, including General Manager of AMO Canada.

Lorenzo has a Bachelor of Arts degree in Economics from York University, and holds designations of Certified Professional Accountant and Certified Management Account. 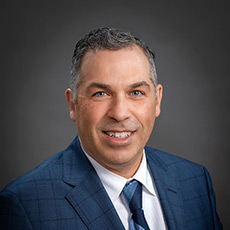 Martin Barbeau joined Bausch Health in 2017, in his current role of Vice President of Market Access & Government Affairs. Prior to that, Martin was employed by Novartis Pharmaceuticals for 15 years.

While at Novartis, Martin was honoured for several of his professional contributions: He received the President’s Award and recognition as the Access ‘guru’. He is also proud to have “developed a strong professional reputation in Canada among peers and vendors, and to have achieved Senior Leadership level with a ‘non-traditional’ profile (yellow and green) for an executive”.

Martin observes that “given the specificity of my role with Bausch Health, all of these previous jobs have contributed to my ability to succeed in my current role”.

Martin attended Université Laval in Quebec City, where he earned a Bachelor of Arts in Economics, and a Master of Science degree in pharmacoepidemiology.

Martin says he is proud to be part of Bausch Health because of the company’s admirable culture, where team spirit and common goals pass before personal goals; its success in re-branding the company from Valeant to BHC; and the focus and cultural change of the Market Access team.